The Pleistocene fauna of the Dreamtime

"According to an ancient myth of the Aborigines of Australia, the mother goddess who created all the animals demanded that they should live together peacefully. But soon envy prevailed, and the animals began to quarrel among themselves. So mother came back to Earth, and decided to grant every animal one wish, they could choose the shape of their body to be whatever they wanted. That's why today in Australia you can find such strange animals."
(found in PROTHERO 2007).

The religious art of the Aborigines comprises both realistic and abstract representations of the endemic fauna, in some cases so exact to show the internal anatomy of kangaroos and other creatures.
Considering this, is it possible to use ancient cave paintings for the reconstructions of animals, extinct today, but still existing during the early stages of colonization of the Australian continent, and so probably encountered by the artists?

Aborigines' myths today still describe a giant rabbit-like creature, called KADIMAKARA or GYEDARRA, and in eastern New Guinea there are legends dealing with a giant creature denominated GAZEKA.
In the oral tradition of New South Wales there is a story of a war between men and giant kangaroos, and only the shamans of the people of the Adnyamathanha (South Australia) are able to see a YAMUTI, a mythical being portrayed as a giant kangaroo.
Fossils confirm that the Pleistocene megafauna of Australia included several species of kangaroos greater then today's species, like the extinct Procoptodon, the short-nosed kangaroo, an herbivorous animal up to 3m tall.
There are also known carnivorous kangaroos, including Propleopus and Ekaltadeta (Potoroidae: Propleopinae, rat-kangaroos, with the modern representative Hypsiprymnodon moschatus), species which could reach an estimated bodyweight of 20 to 60kg. However these attributions of oral descriptions to real animals are very speculative.

There are examples of representations of the thylacine, found in rock art on the Burrup Peninsula and the region of the Pilbara (Western Australia), dated to at least 3000 years; the animal is recognizable by the shape of the body and the pronounced snout, and its display the typical black stripes on its back. 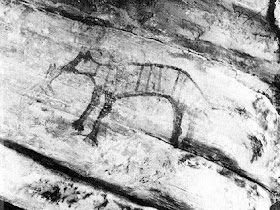 Fig.1. This Aboriginal drawing of what appears to be an adult and young thylacine is from the Pilbara region of Western Australia. The image is estimated to be some 6000 years old (original figure from "The natural history of Thylacinus cynocephalus").

One of the more intriguing paintings, estimated to be 6.000 to 20.000 years old, in the Kakadu National Park (Northern Territory) shows a group of animals with four legs and big "noses". Some researchers attributed the image to a female of Palorchestes azael with its offspring. 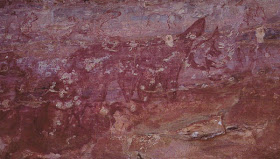 Fig.2. The cave art sowing, according to one interpretation, Palorchestes (OAKES 2003).

Palorchestes was an extinct marsupial species related to the giant wombat, with a presumed trunk, also referred as marsupial elephant. This attribution is based on some anatomical features seen in the art cave: the shape of the tail, with a broad base reminds the stocky and muscular tails of marsupials, and the image gives the impression that the animal is covered with a dense fur.

In June 2008 Tim Willing discovered in a cave at the coast of Admirality Gulf (north-west Kimberley region) the representation of a large, four-legged animal with stripes on his back. 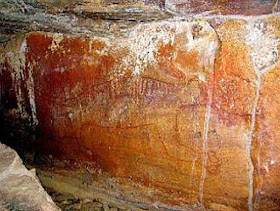 Fig.3. The cave art sowing, according to one interpretation, the marsupial lion Thylacoleo (AKERMAN & WILLING 2009).

The short snout, the prominent strips covering the entire back, legs with a single digit, a possible canine protruding from the mouth and the overall impression of a muscular animal let Willings conclude that the anonymous artist did not draw the thylacine, but another extinct carnivore, the marsupial lion Thylacoleo carnifex. Other ancient drawings claimed to show this animal are located in Arnhem Land and in the region of the King George River (Kimberley).
If this attribution is correct, these drawings maybe can give us fascinating additional information about the appearance of the animal. According to a reconstruction based on the cave art, Thylacoleo possessed a tail with a hairy termination, pointed ears, large eyes maybe suitable for nocturnal life habits, and stripes, like the thylacine, covering the entire ridge but not extending to the belly. 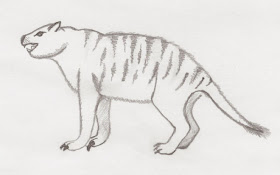 Fig.4. Reconstruction of life-appearance of Thylaocoleo carnifex according to the proposed interpretation of the Aborigines Cave-art, body model by Roberto Osti & Anne Musser in WROE 1999, modified.

In May 2010 archaeologists announced the discovery of one of the oldest known examples of Australian rock art, a drawing in red ochre in the region of Arnhem Land showing apparently two large birds. 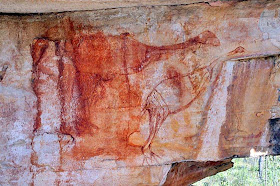 One proposed interpretation of the depicted animals is that the drawing was inspired by the genus Genyornis, a giant flightless bird, which according to the fossil record (including egg shells) became extinct between 43,000 and 40,000 years ago.

The archaeologist Benn Gunn quoted a palaeontologist (still anonymous at the time of the press release) that the depiction is attributable to the giant bird, and whoever realized the artwork could observe a living model.
The drawings can not be dated directly, so if the interpretation of the represented bird is correct, there are two possible implications: the drawings date back at least to 40,000 years ago (making them one of the oldest examples of Australian rock art known), before the extinction of Genyornis occurred, or the drawings are more recent, and the extinction of Genyornis occurred later then previously assumed.

Nevertheless such interpretations have to be considered very carefully. The identification of most animal paintings is very speculative, and even if the representations should depict a real animal, it is still possible that the representations display or were altered to include religious or fantastic features.
The birds for example may have been inspired by flightless, but common small birds, like the still living Emu (Dromaius novaehollandiae).
In the two last examples it is also interesting to note that the animals show a distinct pattern of stripes. This may represent a natural pattern of the plumage of the birds, and the fur of the marsupial, but since it seam's to be a common feature in the rock art of aborigines, perhaps it's a religious symbol, contradicting the proposed reconstructions of these particular anatomical characters on the extinct animals.